Dr. Bruce Cox, Chief of Staff, has been practicing at Northside Animal Hospital since May 2003. He grew up in Waxahachie, Texas and currently lives in Robinson. He received both his undergraduate and DVM degrees from Texas A&M University in 1982 and 1985, respectively.

Previously, Dr. Cox practiced in Tyler at a mixed-animal practice for four years before purchasing Appleby Sand Road Animal Clinic in Nacogdoches. He practiced small animal medicine from 1989-2002 until he sold the practice to move back to Central Texas.

Dr. Cox has a special interest in internal medicine and soft tissue surgery. He has three mutts at home — Rosy, Sneeky and Coco. When not helping animals, Dr. Cox is serving the community, having been the pastor of a rural church for the past nine years. He enjoys reading short stories and loves spending time with his wife, Suzy, and their three daughters and son-in-law. 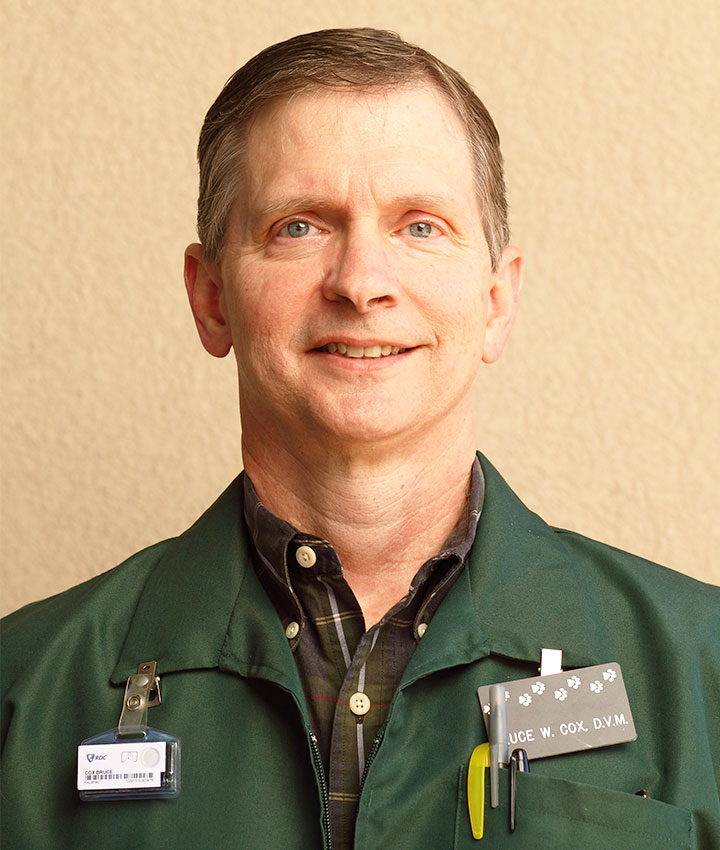